Indigenous people have a long history of living off the land and using farming practices that respect, sustain, and regenerate the Earth. Throughout the 18th- and 19th- centuries, however, U.S. policies disconnected Native people from their indigenous ways of living, leaving gaps in knowledge and culture.

VELA Meet the Moment grantee Indigenous Farm Hub puts Native people—and especially students—back in control of growing their own food through land-based learning. Land-based learning integrates sustainable agriculture practices and traditional Indigenous farming knowledge with Native culture, language, and customs. Its indigenized and environmentally-focused approach to education recognizes the deep, physical, mental, and spiritual connection to the land that is a part of Indigenous cultures.

Founded by Kara Bobroff to address gaps in indigenous ways of living, Albuquerque-based Indigenous Farm Hub partners with local schools to bring Native American students to the farm to learn about sustainable agriculture. Bobroff is Navajo/Lakota and began her career as a Special Education teacher in Albuquerque. She later facilitated more than 50 community conversations that led to the founding of the Native American Community Academy (NACA) in 2006, and NACA-Inspired School Network in 2014.

“The knowledge we can pass on through Indigenous perspectives and learning is really powerful,” said Bobroff. “That’s something all students deserve and should have access to.”

The program’s curriculum teaches students about traditional Indigenous food systems, historical context, diverse planting and growing techniques, and sustainable agricultural practices. Among other benefits, the food students pick often makes it back into the meals that students eat during school lunch.

“We want students to grow food and get that food on their plates at school,” explained Alan Brauer, who coordinates the program. “Being able to do that with your own hands there’s something deeper in terms of pride that I think has grown from that.”

Indigenous Farm Hub aims to improve access to nutritious food. Today, Native Americans make up less than 2% of the U.S. population, but experience some of the highest rates of food insecurity, poverty, and diet-related diseases. According to the 2017 USDA Census of Agriculture, American Indian sales represented 0.9 percent of total U.S. agriculture sales, and American Indians operated 6.5 % of U.S. farmland.

“Every community has the ability to return to the land, to care for the universe in some way,” said Bobroff. “The more families, educators and communities who can shift to that the better off we’ll be as a world.” 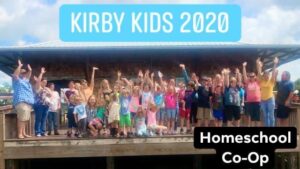 All Aboard Kirby Family Farm, An Engine for Educational Opportunity 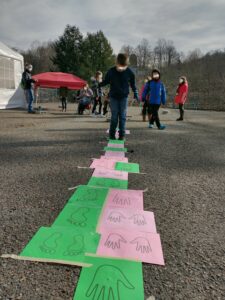