“Can I tell you about the Lake Titicaca frogs?” Esdras calls to visitors at the Denver Zoo as they walk by the booth he is overseeing. Esdras is using a headset microphone and sports Denver Zoo badges and a pin that reads, “Yo Hablo Espanol”.

He explains to a small crowd that the Lake Titicaca frog, named after the largest freshwater lake in the world, where it inhabits, is on the verge of extinction. He goes on to explain efforts people and organizations, including the Denver Zoo, are making to save the Peruvian frog.

Esdras is in the sixth grade.

He is among 13 students enrolled at La Luz Education, a bilingual mobile microschool. Tuition-free and funded entirely through grants and donations, La Luz immerses middle school-aged students in a six-week rotation of learning experiences at different locations, including the Denver Zoo this fall.

In November, students hosted booths during the zoo’s free admissions day, among the highest-attended days of the year. Esdras’ booth is next to another booth with artifacts and brochures on reptiles and amphibians, manned by three of his peers.

“Students learn best by doing,” said founder Kyla Gamba, a former public school principal. “The traditional middle school setup and curriculum is lacking so much of what this age group needs. I wanted to create something better, something that gave kids a safe and engaging learning experience outside of the classroom.”

Thus, La Luz Education, a VELA Meet the Moment grantee, was born. It welcomed its first cohort of students, all Latinx students, at the start of the 2021-2022 school year.

“Learning can and should happen anywhere and at any time, not just in a classroom,” said Gamba. “We provide an equitable, real-world learning experience that’s more in line with current research.”

Student learning experiences are organized through what La Luz calls “studios” and “intensives.” Studios include three-to-six week immersion experiences in projects and community field work, while intensives are one-week experiences into fields of study students are passionate about, such as cooking, animal rights, or mural art.

“It’s cool because instead of sitting at a desk in a classroom, I’m learning all kinds of things I wouldn’t have (otherwise). And my middle school is the zoo right now! It’s fun,” Andrea enthusiastically explained while walking alongside her La Luz peers, lead educator Alfredo Cervantes, and a zoo education specialist as the group finished up a lesson at the pachyderm exhibit.

La Luz’s mantra is we can all ‘human better’, which the group defines as “caring about ourselves, others, and our communities, both locally and globally.” A defining principle of La Luz Education is to build and foster healthy, compassionate relationships between students and their peers, and students and their educators, a common challenge for middle school youth.

“We want middle schoolers to thrive, not just survive,” said Cervantes, a science teacher who holds a bachelor’s degree in molecular biology and a masters degree in medical science. “When talking with families about what they wanted from a middle school for their children, 75% told us their top concern was social and emotional wellness and for their kids to be confident. So far, students are thriving with that here.”

All La Luz students live in southwest Denver, where Gamba previously served as principal of a Denver Public Schools elementary school. Most of the students didn’t know any of their La Luz peers when first enrolling, something observers wouldn’t know today due to the camaraderie displayed among the pre-teens.

Gamba explained that his decision to move away from traditional public education was because he wanted to offer students, specifically Latinx students from underserved communities, a middle school experience that felt different. An unschool model like this, he added, gives students agency over their own learning and meets them where they are academically and socially.

“The goal is for students to thrive here and be well prepared to enter high school,” Gamba said.

After completing the current rotation at the Denver Zoo, La Luz will transition to an “Ally Week” intensive when students will learn about different marginalized groups and what it means to be an ally— a person who is not a member of a particular marginalized group but seeks to help end the oppression of those in the marginalized group. Upcoming studios and intensives include an arts deep dive at the Denver Santa Fe art district and three weeks of legislative learning at History Colorado coupled with visits to city and county buildings. 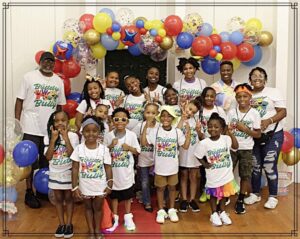 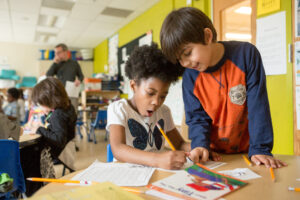