Tina Hollenbeck, founder of The Homeschool Resource Roadmap, received a Meet the Moment grant in 2020 through VELA’s partnership with the Home School Legal Defense Association. We asked Tina to share her perspective on solving one of the biggest hurdles that homeschool families face — deciding which curricular materials to use.

The Homeschool Resource Roadmap offers home-educating families information about curricular materials and other resources for their children. What led you to develop this site?

I joined the homeschooling community in 2001, and began learning about various curricular options shortly thereafter. I also studied the Common Core State Standards (CCSS) when they were introduced into public schools, beginning in 2010. Then, in 2013, a few popular homeschool curriculum companies chose to align their materials with the CCSS, which elicited deep concern among homeschoolers. They were worried that all homeschool material would eventually “go Common Core,” leaving few options for those who preferred to avoid that initiative. They also started making guesses about which resources were and were not CCSS-aligned, which didn’t seem wise to me. I believe parents have a right to know where providers stand on the CCSS, but I also believe we should ask them directly, so I began sending queries. The Roadmap was born from that effort and has since greatly expanded to list and describe every provider according to several different parameters, not just their position relative to the CCSS.

You offer information for more than 4,800 providers! How have you been able to gather information on such a wide array of resources?

I started with the providers that my friends and I were aware of in 2013, figuring I might have to query as many as 300 companies. At the same time, I started a Facebook group whose members named new resources to query almost daily, and a page that now has more than 24,000 followers. I also watch for new companies mentioned in various homeschool groups, keep tabs on homeschool convention exhibitors, and pay attention to advertisements in homeschool publications. My goal is to maintain an accurate summative description of every provider with materials relevant to homeschooling families.

The Roadmap is completely free for parents to use on their own, but I knew that some families find the sheer number of options overwhelming. So I used my grant through VELA’s Meet the Moment program to create the Homeschool Curriculum Route-Finder Tool. I give parents a brief survey and use their answers to dig into the charts for them to make personalized recommendations. Decisions about what to use are still up to the parents, but the Route-Finder results narrow down the viable possibilities for them. The Meet the Moment grant enabled me to provide that service for free to 100 first-year homeschoolers.

How has your audience changed since 2013, especially during the pandemic?

The homeschooling community has always been much more diverse than stereotypes would suggest; in fact, from the time of its rebirth – in the 1970s – during the modern era, homeschoolers have come from all walks of life. What has changed most during the pandemic is the sheer number of parents pulling their kids from institutional schooling in favor or private home education, with some sources suggesting that the privately homeschooled population went from about two million children in 2019 to perhaps 10 million in 2020! The number of visitors to The Homeschool Resource Roadmap more than doubled during summer 2020.

In some cases, these parents had previously toyed with the idea of homeschooling and pandemic-related factors pushed them over the edge. Many others, though, never considered homeschooling until it became clear that what conventional schools were offering was inadequate to meet their kids’ needs. Because they’ve felt forced by circumstances into the homeschool life, these new homeschoolers have been more nervous about their ability to do a good job than parents who decided to homeschool prior to 2020. They’ve needed more encouragement and guidance.

Earlier in your career, you taught in traditional public schools. What led you to focus on alternative educational opportunities, like homeschooling?

I spent nine years as a public school teacher before having children, but my husband and I knew before our kids were born that we’d homeschool. Many factors contributed to that decision — including our personal religious convictions — but the idea of individualization loomed large among them. I had seen while working in the schools that the system was built on standardization — i.e., having all kids learn the same things at the same time in the same way — and I knew from personal experience that classroom teachers have a limited ability to customize. I didn’t want my children to be viewed as products on an assembly line. And I also understood that my husband and I know our children better than anyone else on the planet and love them more than anyone else ever could, so we would be best equipped to meet each one’s various academic needs. We saw no reason to outsource that aspect of their lives.

What’s your message for families who are interested in homeschooling but are not yet ready to commit?

Try it; you’ll like it! In all seriousness, the only way to get a true feel for the beauty of home education is to experience it. Reading books and blog posts and even talking to homeschoolers is a starting point, but that only goes so far. The only way to see that it will work for your family is to take a leap of faith and try it. That requires setting aside cultural beliefs — e.g., that providing a proper education requires paid “experts” or that kids need continuous interaction with large groups of same-aged peers in order to be properly “socialized” — and choosing not to let one’s fear of the unknown take over. It also requires a willingness to stretch personally and an openness to grow one’s own patience and perseverance. But the rewards (in terms of family unity, children’s holistic growth and development, etc.) are well worth the risk.

Visit The Homeschool Resource Roadmap, and keep an eye out for Tina’s first book, 8 Great Smarts for Homeschoolers: A Guide to Teaching Based on Your Child’s Unique Strengths, which will be published by Moody Press in August 2021. 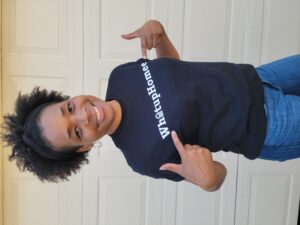 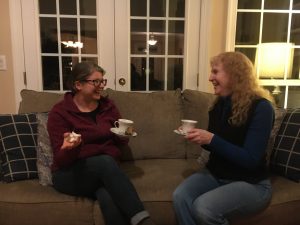 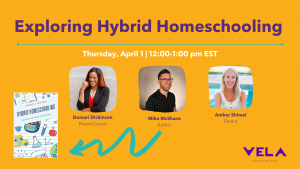